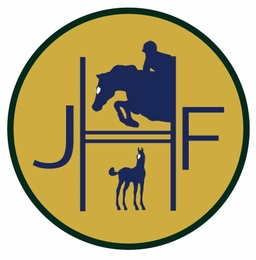 Heather Absalom grew up on a farm near Indianapolis, where she began riding at age 10.  She participated in dressage, pony club and fox hunting, earning her colors with the Traders Point Hunt.  In pony club she earned her C3, began competing, and qualified for championships in Show Jumping.  At age 15, she spent two years riding with Beacon Hill Show Stables in Colts Neck, NJ, in addition to many clinics with top professionals in varying disciplines.  Eager to learn more, she accepted a working apprenticeship with two-time silver medalist Greg Best, at his farm in New Zealand, where she served for 9 months. Here she cared for horses of all ages and training levels.

Once home, Heather completed her Bachelors degree at Purdue University in Hospitality and Tourism management. While attending Purdue, she competed on the Intercollegiate team where she qualified for nationals in the open division, and competed in the 2008 Nationals held in Los Angeles, CA

Throughout showing and university, Heather helped raise 8 homebred foals on the family farm, fostering her passion for training young horses.  From birth to basics, groundwork to careful training, developing youngsters into talented prospects was her inspiration to launch Just Hope Farm.

Just Hope Farm has been operating in Aiken since 2016.